“Those who believe in telekinetics, raise my hand.” ― Kurt Vonnegut

Pres. Philip reported that we had received a request for sponsorship for the Rotaract District Conference 2015 in Bangli in May which will be attended by Rotaractors from all over the country. We have been asked to sponsor two participants at Rp 600,000 each.

On March 12 Philip sent out the email requesting feedback on the bylaw amendments written by SAA Bruce; no comments have been received as of yet.  If you have comments, please email them to Bruce.

Any members planning to attend the Conference in Brazil can be our official delegates. Please contact Philip concerning this.

PE Allan, our incoming President Elect, made a presentation.   He joined Rotary in 1997 and his interests are in helping the needy people in the poorer parts of Bali through targeted projects and community service such as the water projects he has been doing with RTN Rich.   He discussed some of the challenges that the club is currently facing in terms of attracting, engaging and retaining members.  During his presidency he hopes to work on membership, build a member-endorsed club plan, guise the board to develop a more inclusive budget, roll our member-approved bylaws, clarify the roles and responsibilities within the club, firm up the committees and finalize our Stewardship and club governance

guidelines.  Ideally data and financials will be more transparent, more people will be involved in club service, members will be allocated to a service or committee, and reporting to members will improve. 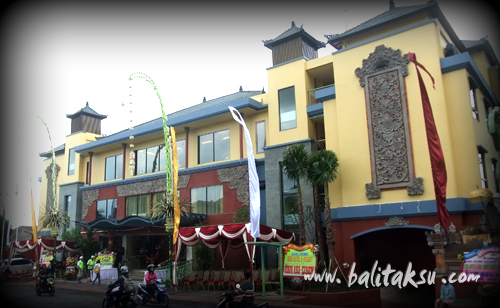 Bruce reported that he had met with the management of the new Sens Hotel which is a small convention center recently opened in the center of Ubud.  It more than meets our minimum requirements for meetings (i.e., ease of access, easy parking, central, appropriate meeting rooms, flexible refreshments). We are awaiting their proposal and we will probably have one meeting there and evaluate it.

Our guest speaker Dan Bales talked about his experience in learning and performing gamelan in California.  He received a grant in 2010 to come to Ubud to work with a group of about 20 US and Asian artists who worked together in artistic collaboration.    This year he will be collaborating with several dance and music troupes and individuals from around Indonesia at the Bali Spirit Festival. The Bali Spirit Festival is shifting towards a deeper valuing of traditional culture. He is part of a group called Gamelan X, all the members of which have played in Gamelan Sekar Jaya, one of the US’ only gamelan groups.   A jazz drummer for years, he later became a student of professional gamelan for ten years and now composes fusion pieces integrating gamelan. He feels that the musical culture in Bali remains strong because of the cooperative and communal nature of playing gamelan and is deeply interested in broadening the understanding of gamelan in the west.

The raffle was won by Sec.Cat.